So I was trying to balance my FR gear nicely... and then out of the blue I receive this:

Well, yes, I do tank Rags. But I had a much sexier boss to court... Vaelastrasz.

The first night we encountered Vael, we decided to hold back; no sense in not taking a look, since he's right there... but we wanted to make a proper go of it on another night. Even so, we got him to 22%!

Okay, that's really not that impressive, since the poor bastard only starts out at 30%.

But tonite we came in all guns blazing, tweaked the heals and got the tank transitions down. We had him to 5% or so a few times, but he died shortly thereafter. 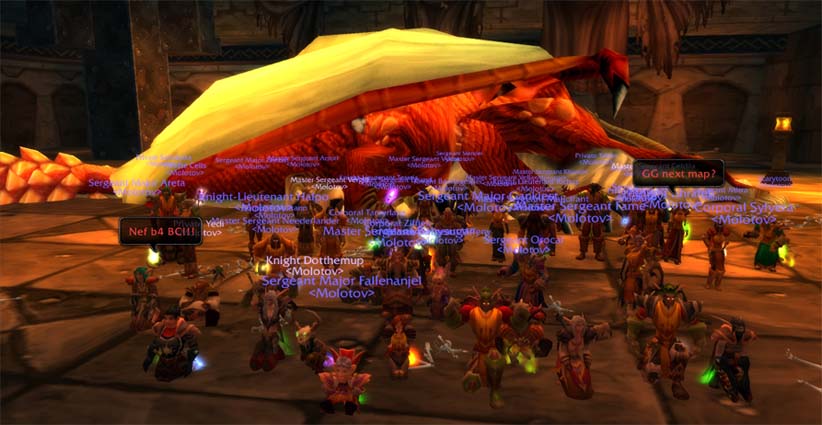 Interlude!
Suppression rooms! Oh boy! No amount of reading could really prepare me for this, but the raid performed admirably in their first trip, and we owe a lot to Richus and Slender for guiding us through comfortably.

The tanks were just setting themselves up for our friend the Broodlord, working out positioning etc, when Richus performs the finest Shinypants pull I've seen since Gank's effort on Razorgore or Ziff's amazing Ayamiss wipe.

And so it is with a great amount of pride that I announce Richus the winner of the Muirann Award for Excellence in Passive Pulling for:
Causing a Flawless One-shot of a Brand New Raid Boss for the Guild - And Surviving the Attempt. 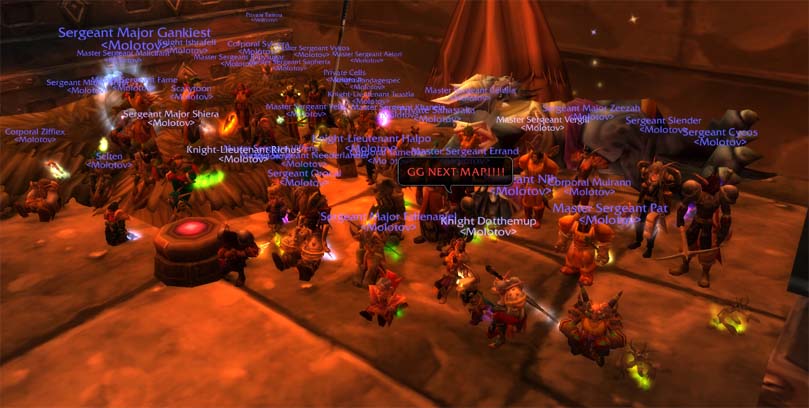 Soldier, we salute you.

Raids of our Lives Update:

*Has Vella taken a lover? Will there be someone who won't kill him in ZG when he gets MC'd?*

*Will our resident alcoholics ever beat their ZG "Spider-Juice" addiction?*

*How awesome is my shield slam in UBRS PUGs?*

*Muirann shows the world he still wears the shiniest pants*

That's all folks. Tune in next week as we head towards finishing BWL with time to spare, and I fail my exams. /cry
Top

that was awesome, in my mind i was going "OMGWTFBBQPWNSWHICHNOOBPULLED" and was wondering if we could make it. Heck, we are full of surprises