Progression? Yes we do.

If we downed a boss, you can read about it here. In detail. Sometimes, too much detail.
Post Reply
1 post • Page 1 of 1

Progression? Yes we do.

Dear <Molotov>,
Moam was pretty much a given...

That didn't stop people experimenting with positions like it was the AQ karma sutra... but he went splat... or shattered... or whatever it is that... whatever he is... does...

Ayamiss was the next target... we... er... had some fun with the trash just past Buru's room, but I'd say we have the hang of that for next time.

The waspies in Ayamiss' room are a barrel of laughs... or searing pain, I forget which. Regardless, a few people learned the hard (dead) way that you are either far away from the stingers or freaking close. Anything in between is a bad place to be.

Finally, Ayamiss.
Sapherix has been practicing 'lock tanking this fight for a long time, what with pulling aggro off me at any given opportunity. 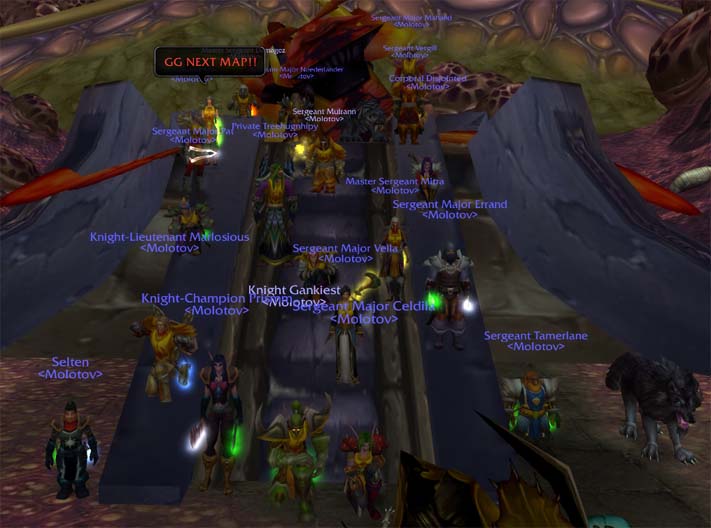 Paid off, I guess.

Grats guys on more amazing progress... I would however ask you to stop downing more than one new boss per night... it does clutter the news page so