Blizzard really put their heads together on this one. After having done fire elementals to death in MC, what could be better than.... a water elemental?! If thats not enough to engage you in night after night of encounter learning then i ask you this....what sex is Hydross? It makes it extremely difficult to plan to kill a boss when you can't figure out whether to refer to it as a he or she. For the rest of this post, I shall simply refer to Hydross as HTU.

Needing to know the answer to the question of HTU's sex burned away at us, until we decided on a master plan: defeat Hydross the Unstable and then send in Farsight, who has also had some gender confusion lately(pink haired gnome to strutting blueberry), to inspect what was under her....his....its, pantaloons.

We spent a couple of nights "refining" our strategy, which went something along the lines of "more dots, more dots....k, stop dots...STOP DOTS!! FFS!!!".

Even our priests got in on the action with some wand aggro on transitional phases.

We had some very promising attempts with a bleary eyed raid on Sunday night...errr Monday morning. The attempts looked so good that i knew we were going to down HTU tonight, and had already started telling other guilds Hydross was our Pinata. Fortunately I ate no humble pie, this time. 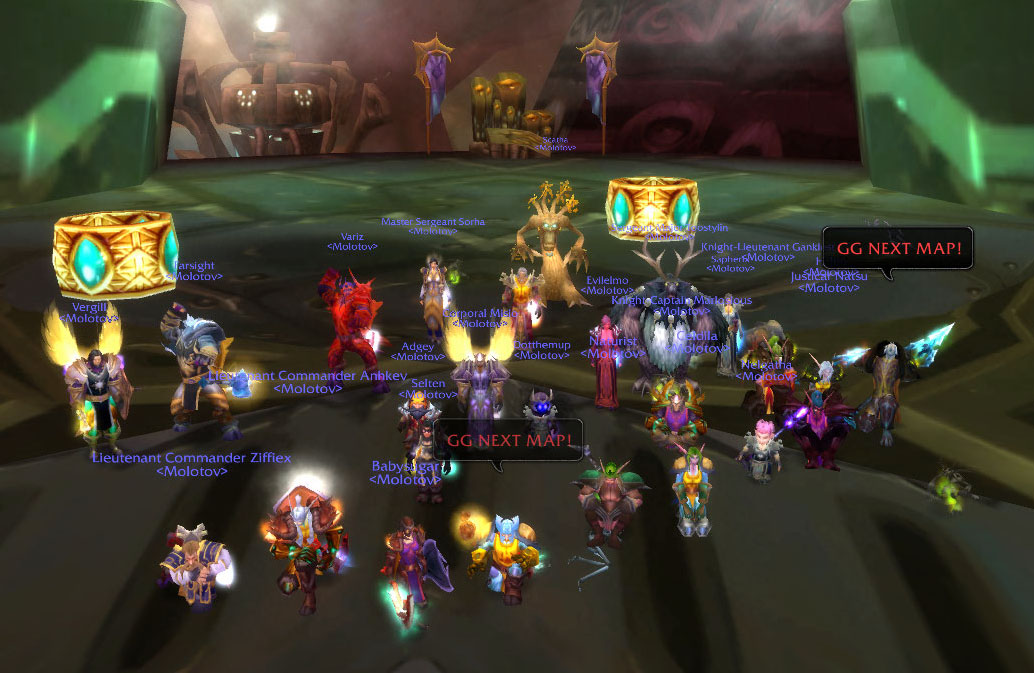 When we prepare for a set of attempts, I like to call for a few dry runs to "work the retard out of the system". Hydross was downed on the 2nd attempt of the night, completely unpotted, and with retard very much intact.

It wasn't quite that smooth though. You see Hydross enrages at the 10 minute mark.....more like...he Frenzies! At 10 minutes HTU still had 7% health left to wipe off. Rath held HTU for dear life, popped shield wall and we nuked like crazy. At some point HTU one shot Rath and we learned that it doesn't matter if you resist 18K frost dmg when you are getting hit for 40K. Hydross ran around pulverising dps classes, but the dots took HTU down....or was it the healers meleeing?

Sorha had another take on it:

Sorha wrote:I think the main difference was Hydross died before us

In other news, we recorded our fastest trash wipe ever. Witches+shadow nova+bridge= Molotov adventurers in the water in a fish feeding frenzy.

We poked some sticks at Tidewalker. He seems totally doable. Should have another update shortly.

BTW, writing a news post when your predecessor has set the bar so high is so very intimidating.

PS: The answer to Farsight's findings? Well, Farsight found Hydross to exhibit both male and female characteristics, and in fact much like my neighbours cat, HTU has both sets of genitals. There's a word for that....hermaphrodite. Hydross the Hermaphrodite.

Now get it on the front page and post on the progression thread on the khaz forums!
Top

Yeh, I'm not great with slogans.